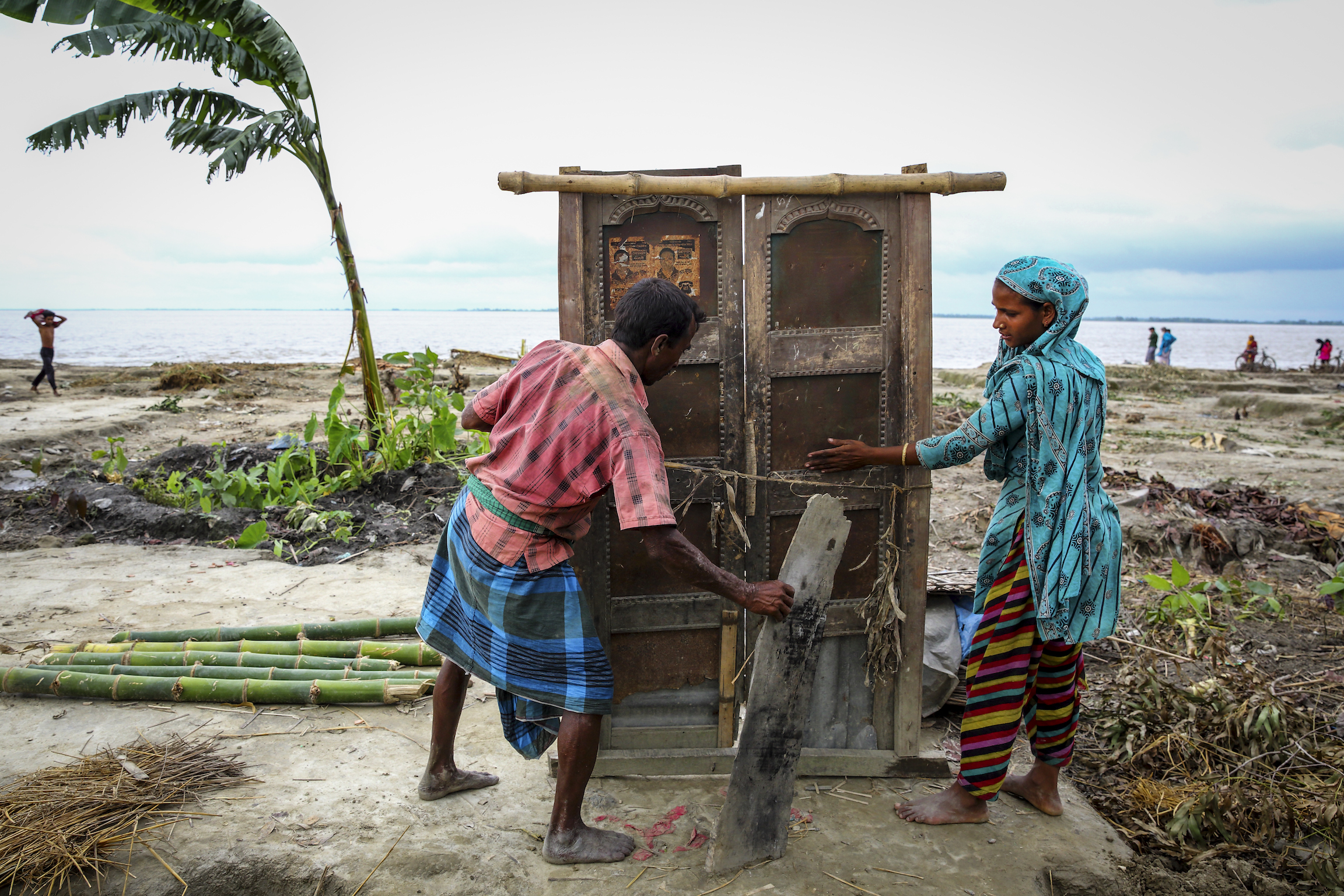 Sometimes it’s the journey that teaches you a lot about your destination. I am Bilkis and come from a slum in Dhaka city. I used to work in a factory with my husband. I fell in love with him and I fled here with him eight years ago. For the last eight years I have seen a very different world, full of the hardships of the people on this island. Many times my husband told me he wanted me to return to the city again. But I could not leave this land and these innocent people living in this situation. For the last seven years I have been working to bring changes to their lives,  a little at a time.

Every year unseasonal flash flooding and extreme river erosion made people’s lives in North Bengal impossibly miserable. Countless people lose their children and their cattle every year. People of this land live a life of uncertainty. This severity of this is increasing every year. Hundreds of people have had to leave here because they lost their houses, their land and their hope of living without a hungry stomach.

I am the only educated woman on this island.  I wanted to guide the people but rather than cooperating with me, they always wanted to create obstacles because I am an outsider. But I never lost  hope. My husband is always with me. He never interrupts my work and always supports me. He knows that I wanted to help these innocent villagers deal with nature’s cruelty. Seven years ago,  when I was discussing my dreams with him, my husband said “to help these poor people you need to know about the floods and the current situation. Why don’t you buy a radio?” He sold our only cow to buy the radio. And that one radio changed the situation on our island.

I used to listen to all the news regularly, mainly in the rainy season to stay informed about the flood water so I could warn my neighbors to take shelter in the highlands and save lives. The first year no one wanted to listen to me except two families and that was the biggest out of season flood in the last 10 years. Hundreds of people became poor and had to beg. Many people lost their children and cows. It was a disaster. In the last six years I have had to move our house three times but no one from my island has lost their lives.

Now everyone from my island, older or younger, admires me and listens to my words. All hard and positive work pays off. I had been providing education to 10-15 girls in my yard for the last five years and gave my radio to them. Together, we made some high land on our island. Now I am prepared to leave this island with my husband and move to Dhaka city because I know now that lots of Bilkis are ready to take the responsibilities of their own land and people.