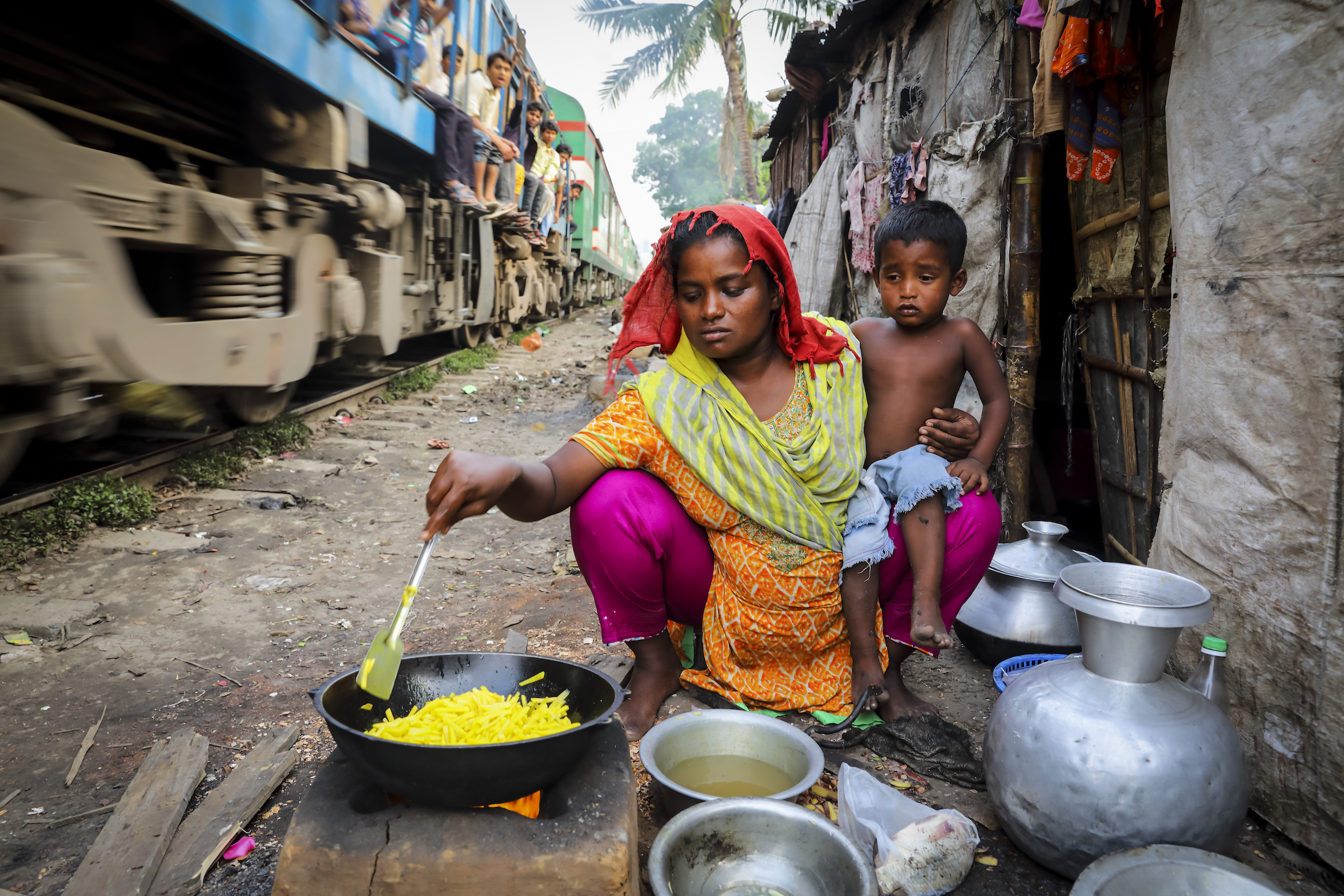 We were the people from north Bengal and lived on the banks of the Brahmaputra River. Each year we were the first in the country to endure the flooding, before floods came to other parts of the country.

We had become accustomed to flooding because we had experienced it all our lives and fought against the odds to every year. But in 2010 the flooding was so sudden that it left us with a shore. We survived for four days on the top of the but the next day, it too was underwater. After searching madly for a whole day for banana trees, my husband finally found five trees to make a raft. We tied it to our hut so that it did not float away and we moved our essentials onto the raft.

I never imagined that on this night my life was going to change forever. After finishing our dinner, we were resting on our raft sitting and holding each other so that we didn’t fall in the water. After doing a lot of work looking for materials and building the raft, we were tired. We were resting and I was breastfeeding our one and a half year-old girl. The whole night I was very concerned and was breastfeeding her for a long while. At the end of the night when it was almost dawn and I heard the sound of the azaan, I heard the sound of something falling into the water.  For just one second I had not thought about my child and the next moment she was no longer there.  I cried out wildly and jumped into the water. My husband also jumped in. We searched for her frantically. We were dipping in the water and crying loudly at the same time.  My husband was diving and calling her name “my Moyna, my Moyna, o Allah, my mother!” The current was so strong that it was pulling me away. After a while I fainted at the thought that I had lost my treasure, a baby that had taken seven years to conceive.  After that accident I became mentally-ill for five years. I had to have treatment in a mental hospital from 2010-2015. My mental health improved when I fell pregnant for the second time, 6 years later, but after Arafat  was born, I became scared I would lose my child again in the water. After seeing my mental condition, my husband brought me here by selling everything we had.

There is nothing called poor persons ‘luck’ just as there is no guarantee of a poor person’s life. We came to this railway slum last year. Life became even more perilous here in the slum than in our flooded village. I can’t leave my son for a single second because  trains come and go every 10 minutes. There is nowhere to move to from here because this slum is the cheapest.

With the money we have we cannot go to any other slum. My husband works alone for us as a rickshaw driver. I cannot go to work – who will guard my son?  It does not matter if I do or don’t eat, but I can’t bear losing my child, my heart again.  If you haven’t gone through this, you wouldn’t understand the horrific pain when one loses that part of your heart. Life is hard for poor people when even nature treats us so poorly. It is nature that plays the most devastating role with poor people like us.  If this were not true then the floods would not have been so cruel as to take so much from me.